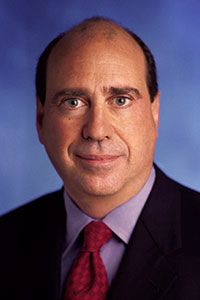 John Terenzio is widely recognized in the media industry as an accomplished television and digital media executive and content creator. In his 30 years of experience, he has developed, created, produced and managed virtually every type of news, sports, and reality programming for linear and digital platforms, and terrestrial networks, including NBC Universal, ABC, CBS, and Fox.

Mr. Terenzio is currently the owner and President of TAP INc. which creates and develops content and management strategies for media companies. Its clients regularly include major media entities, such as NBC Universal, CBS, Fox, The Cisneros Group of Latin America, McGuire Media of Australia, and CCTV (China Central Television.) Among his current production projects are the ongoing series “Injustice with Nancy Grace”, which airs on NBC Universal’s Oxygen Network, and “Bloodline Detectives”, which will debut in the Fall of 2020 in syndication and on digital platforms.

Mr. Terenzio began his career as a journalist. After graduating from journalism school, he joined KYW-TV in Philadelphia, where he produced the station’s local newscasts and became a general assignment on-air reporter. He was then assigned as a reporter to the station’s investigative reporting unit, which won numerous national awards.

Mr. Terenzio also held a senior management position in local television as the News Director at WPLG-TV in Miami. While there, WPLG-TV was the recipient of the RTNDA “Edward R. Murrow Award” for the nation’s outstanding local newscasts and won numerous awards for its investigative reporting team.

Mr. Terenzio then went on to numerous positions at both ABC news and NBC News during which time he covered four wars in Latin America and the Middle East, and three U.S. Presidential elections. He served as a senior level producer and executive at ABC News, and at NBC News, he was Executive Producer of “Special Event” coverage and weekend “Nightly News” program. He then transitioned from “news” content to sports and entertainment offerings. Mr. Terenzio has been the Executive Producer of widely viewed syndicated programming in the United States, including the legendary Twentieth Century Fox program, “A Current Affair”. While there, the program achieved its highest ratings ever. He was also Executive Producer of the critically acclaimed Disney syndicated news magazine series, “The Crusaders”. He then served as Executive Producer of two popular syndicated “TV court” shows; “Judge Joe Brown”, which was the 2nd highest rated court show on television for 12 consecutive years, and “Swift Justice with Nancy Grace”.

Mr. Terenzio served as the President of Programming and Publishing at Broadband Sports, a digital media company that specialized in sports content for both conventional and digital media platforms. Comprised of various B2B and B2C businesses, Broadband Sports had an aggregated viewership that ranked third in its sector behind ESPN.com and CBS Sportsline.com. Broadband Sports business assets included the exclusive websites for more than 300 superstar athletes, a network of more than 200 sports writers, an e-commerce business, and two television sports series.

Mr. Terenzio frequently provides consulting services to major media entities. He has vast experience in the infrastructure workings of media companies. He has managed large staffs of employees and multi-million dollar budgets. He is well versed not only in content creation and applications, but in sales and revenue strategies and tactics. He also has considerable experience in media overseas, particularly in Asia, Latin America, and Australia. He has created and managed foreign based offices and spent more than three years as the News Corp consultant to CCTV. In so doing, he was instrumental in creating CCTV International, which is China’s English language global news channel.

Mr. Terenzio has been widely quoted on subjects related to global media in books, magazines, and newspaper articles, including those written by noted media chroniclers Ken Auletta and Jeffrey Toobin. He has spoken on media topics at various symposiums and universities. Mr. Terenzio has been a visiting lecturer at Tsinghua University in Beijing, an adjunct professor at the School of Journalism and New Media at the University of Mississippi, and frequently lectured at the Los Angeles campus of the Syracuse University Newhouse School of Public Communications.

Mr. Terenzio is a graduate of the Medill School of Journalism at Northwestern University.